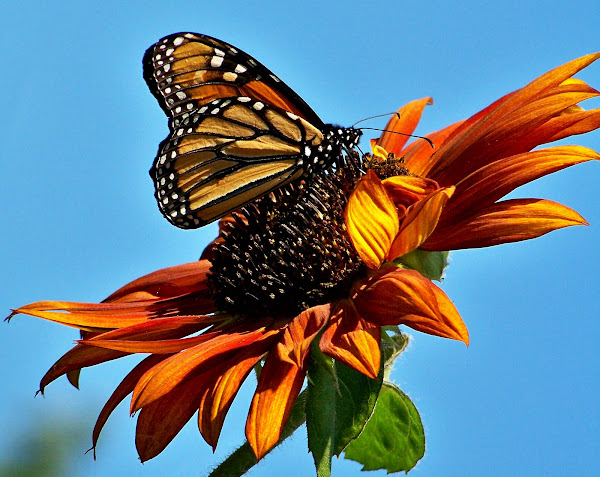 Heal Yourself with Mother Nature!

The truth is stranger than fiction

Ancient Wisdom: How to Never Catch a Cold or Flu

According to the NY Times:

"So people will pop pills even when there is little or no proof they work. Americans spent about $3.6 billion on over-the-counter cold, cough and throat remedies in 2009, according to projections from Mintel International, a market research firm, about 1.7 percent more than in 2008. In addition, cold and flu sufferers will spend millions of dollars on prescription antibiotics that have no effect on viral infections."

One would think we might want to spend a few minutes finding out how to not catch the cold and flu in the first place...

Thankfully, my grandmother was very aware of her traditions, which did not consist of these so called conventional treatments of drugging.
Basic ideals utilizing Mother Nature and her Abundant Love and Healing capabilities were the norm.

First and foremost, IF you catch a cold or flu, it is simply synonymous of your body ALREADY doing the required work to rid your body of the toxins and repair itself.
No need for medication there. Why not consider listening to your body and giving it the rest it's asking for?
Better yet, pump up your nutrition and remove toxins in the first place so you NEVER have to get sick.

Most people are not aware of the basic principles of staying well which would include:
Getting plenty of rest, plenty of sunshine, plenty of clean water, nutrition and of course a healthy spirit and mind.

For purposes of this blog, I am going to address just some of the herbs that were so prevalent in her diet that have always been instrumental in my life and particularly useful for colds and flu.

If anyone ever complained of a sore throat or the beginnings of a cold or flu coming on, the first thing she would do is prescribe garlic. Yup, fresh garlic.

Just pop a clove in your mouth, chew and swallow! (I highly recommend having a lot of water handy) No need for expensive medications. Garlic is a natural anti-fungal, antiviral, antibiotic, antibacterial, antiseptic and an expectorant!

Garlic is considered a "super food" and considered by many to be one of the most potent healing herbs on the planet. It is also well known for it's abilities to stimulate the lymphatic system and expel waste materials.
As a medicinal plant, it can be used extensively for disease prevention and work against any internal infection. Garlic is known for it's measurable amounts of germanium, which is a mineral that strengthens the immune system, and antioxidants. It's beneficial effects are thought to be the result of it's sulpher compounds. In fact, researchers at Loma Linda University found compounds in garlic that activate the enzymes in the liver that destroy alfatoxin, a potent carcinogen produced by mold which can be found on peanuts and grains.

Garlic was first noted in 500 AD in Chinese literature in the Collection of Commentaries on the Classic of the Materia Medica. Although, according to a 3500 year old Egyptian scroll, healers back then were thought to be able to fight cancer with garlic. Since then, evidence continues to soar about this beautiful little herbs amazing healing properties and at least 10 of the 50 compounds in garlic have been proven to reverse cancer development and research dating back to the 70's proves it's effectiveness in preventing blood clots.

During the plagues in Europe, the people ate garlic daily as a protectant against disease and was noted to save many lives. Because of it's natural antibiotic properties, it helps to control fevers and works to combat viruses and has been administered for thousands of years at the first notice of a cold.

It has also been found useful in controlling glucose levels in both hypoglycemia and hyperglycemia, reducing cholesterol and preventing atherosclerosis. It has also been shown to lower triglycerides and dissolve LDL's (low density lipoproteins) , which are knows as the harmful cholesterol and protects against the narrowing of arteries. It strengthens blood vessels, is a powerful detoxifier and blood purifier, and provides protection from pollutants and heavy metal toxicity. It rids the respiratory tract of phlegm and works to rid the colon of parasites.

The presence of garlic has also been shown to suppress the activities of parasitic fungus that is associated with AID's and is effective in treating respiratory conditions such as asthma, bronchitis and other lung problems.

Although most know of internal uses for garlic, you can also use externally and has been used efficiently in treating ear, nose, throat and eye infections, as well as for washing wounds and ulcers. (Many recommend applying a layer of olive oil before applying directly on your skin.) It is also a mosquito repellent and works wonders in the garden to discourage other insects that might prey on your crops.

I can go on and on about the amazing healing benefits of garlic, but I would encourage you to not only research it yourself, try it out! :-)
It is amazingly easy to grow. Just pull apart a bulb of garlic and plant each clove in the ground about 6 inches away from each other. Let Mother Nature do her work and these cloves will soon be bulbs. It is a cold hearty crop so plant anytime between September and March, depending on your location.

My grandmothers favorite thing to make for anyone suffering a cold was called Jewish Penicillin, which was basically chicken soup. The Russians also dubbed garlic Russian Penicillin due to it's widely known (and used) medicinal benefits.

I have carried on her tradition and been known to administer this soup to anyone I know with cold or flu symptoms and each and every time, the next day I hear their cold or flu is wiped out!

To make your own Jewish, Greek or Russian Penicillin, boil an organic chicken til the meat falls off the bone. Could take up to 10 hours. In this pot, I add a whole lemon cut up, celery, carrots, garlic and onion.
Drain and separate the meat, put the broth aside and give the fat and gristle to your pets and add the boiled veggies to your compost bin.

Next you will add some olive or other cold pressed oil to your pot (or butter), a bulb or so of fresh garlic, onions, celery and carrots to so soften.

Add the broth to the pan and add your herbs. We use oregano, parsley, a dash of sage, basil and thyme and sea salt and pepper.

Bring to a boil, then add your noodles or rice. (We prefer rice.) After the rice is cooked, add the chicken back to the pot and juice at least 2 lemons that you will add at the end.

If you are in to really rich soups...feel free to finish it off with some sherry and a dollop of butter...and stir in some lightly beaten egg whites and viola, you have some Avgolemono ala Aphrodite!

Lemon was high on her list of medicinal plants as well and is packed with much more than just Vitamin C, which of course is important if you are recovering from a cold or flu. Just one lemon contains 75% of your RDA in vitamin C. It can also be called a Super Food due to it's power content of antioxidants and it's anti cancer healing properties. It is a natural digestion aid, internal cleanser and weight loss aid and useful in heart disease prevention and restoration.

Please be sure to use organic NON GMO if you wish to receive these amazing healing benefits of Mother Natures Medicine! There is no substitute for the real deal and simply taking a pill will not give you these amazing natural healing qualities.

Oregano was also high on her list. Though most recognize oregano as a culinary herbs, it has been used as medicine for thousands of years. Like garlic, it is a natural antibiotic, antiviral, antiseptic, anti-infectious, anti-parasitic and expectorant. It also boasts a wide variety of uses, some of which including; respiratory issues, bronchitis, muscular pain, arthritis, infections, colds, flu, headaches, toothaches, ear infections, fevers, fungus, lice, athletes foot, lyme disease, canker sores, allergies, diarrhea and gastrointestinal ailments.

Oregano can be used in a wide variety of ways as well and like garlic, is relatively easy to grow. Add some love, some water and let Mother Nature do her thing!

Of course there are many other herbs that do so many wonderful things and will assist in your healing process, no matter where you are, these were essential in my life growing up whenever a cold of flu was trying to keep us down. We use herbs on a daily basis here and NEVER get sick, but IF you do, the above remedies will more than do the trick. The best medicine in prevantative medicine! Be kind to yourself and let Mother Nature Love You!

Besides garlic, oregano and lemon, I would also recommend some fresh peppermint, rosehips and local organic honey to coat your throat or add in your tea if you need sweetener.

Be creative, use it in your food, fresh or cooked, make herbal teas, poultices, tinctures or even inhalation. If you are using essential oil of oregano, make sure you dilute it before applying to your skin!
Posted by ChristieAphrodite at 10:42 PM